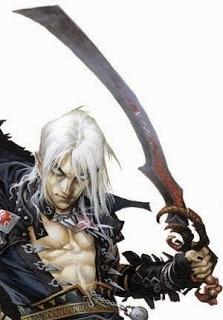 Wilster had a lot to reflect on after clearing out the Saltmarsh smugglers. He now had more money than he had ever seen. He was unsure of his new compatriots, but trusted them more and more after doing battle with them. Running a ship would be difficult, but he knew he was right one for the job. And those dreams of that far-off city just would not leave his head.

But he had to put all of those thoughts out of his head. The magical tomes he found in the old house and those he borrowed from Sorthen, the wise old mage in town, would finally allow him to complete the next step in his arcane ascension.

Wilster studied the dusty old books whenever he had time. He gathered the necessary spell components. Now all he needed was a quiet, dark room and time.

In his quarters on the ship, the ritual's first hours went by slowly as he cast the initial spells. Illuminated by a few candles and the light that came through a porthole window, the room grew darker and darker as light seemed to be sucked into the center of the room.

Hours passed. Wilster continued to concentrate on the work at hand to continue the spell. The room became so dark, he could no longer check the magical tomes to make sure he was performing the spell correctly. He continued to say the words he memorized and the time went by and by and by.

Eventually, Wilster could not tell if he was asleep or awake. He blinked his eyes and there was no change. He noticed he was still speaking, albeit without thinking about it. And when he thought the room could become no darker - black as pitch - he just noticed that light was creeping in again through the porthole.

It was morning. The next day.

Looking down, Wilster saw sitting on the floor was a curved, black blade. Blood-red writing ran from the hilt up the blade. It was a language Wilster had never seen, but he understood it.

"Pick me up," Wilster heard whispered to him in the same language.

It was the blade.

Wilster did not know how, but he felt drawn to the sword. When he slid his hand into the hilt, he felt absolutely connected to it like nothing could separate them.

And he felt the blade's power pluse up through his wrist and shoulder.